I still remember the day I found out my wife was pregnant, one of the happiest days of my life. If I am being totally honest neither of us thought Zohra was actually pregnant, I mean we had only recently started trying and didn’t think it would be this quick. I had noticed an increase in her appetite and that morning convinced her to take a test. To our surprise we saw those two lines which meant life was going to change.

We are going to have a baby!!……..we were in complete shock; my wife’s initial thoughts were about her brother’s wedding in Zanzibar and mine was just utter disbelief. I mean I was going to be a dad, this is unbelievable, but as the first three months started to go by and with Zohra’s morning sickness in full swing we both just could not wait for the little one to arrive. The three-month scan went well and we began to tell our family and friends with the constant discussion about the shape of Zohra’s belly determining if the child was a boy or girl.

At the time of the five-month scan all we wanted to know was if we were having a boy or a girl.  I mean that’s the most important thing – well that’s what we thought! During the scan the sonographer confirmed we were having a girl but advised us we would need a foetal echo which is a scan of the unborn child’s heart. This was a slight worry, but we came to the conclusion it was just a precaution and it would be fine.

The day of the foetal echo rolled around and during the procedure I remember trying to gauge the doctor’s facial expressions to give me comfort that everything will be OK, but she wasn’t giving anything away – if life as a doctor didn’t work out she would have been an awesome poker player!

After the scan had been completed the doctor took us in to a consultation room and this when the first alarm bells started for me. She explained to my wife and I that our daughter has a right aortic arch. Normally the aorta is formed on the left hand side, but the problem with the aorta on the right is it can cause a ring around the oesophagus which could hamper the child’s breathing.  “Oh my God” my wife yelled in a panic but little did we know the worst was yet to com. The doctor carried on explaining that 40% of children that suffer with this type of condition also have a genetic condition called Di George Syndrome where a small piece of the genetic makeup is missing and can cause a range of health and learning problems.

We had a choice do an amniocentesis that very same day to determine if this child has the syndrome (with a risk of a miscarriage) or do nothing and carry on with the pregnancy. As we were past five months the amniocentesis, which checks if the baby has this genetic condition via the amniotic fluid, could then be taken to the panel to allow us to terminate the pregnancy but the decision was needed that day.

The doctor then left the room to give us time, with my wife in pieces and me trying to hold it together, to determine what would the best decision for the family. This was too much not only to process, but then to come to a decision, so we decided not to do the procedure.

We left the hospital in a state that can only be described as distress, we spoke to our immediate families who all came over to the house to discuss the options we had in front of us….. I mean this is not what is meant to happen, but it had happened to us and we had to decide on our next steps.  All night my wife and I discussed the options; even termination which I had always thought is something I would never consider but sometimes unless you’re in that situation how can you have an opinion?

The next morning we had made a decision and I rang the hospital to request an amniocentesis on the basis of the hospital giving us an afternoon to decide as completely unfair, to my surprise they agreed to squeeze us in if we were prepared to wait, which we obviously were so we headed down to the hospital. The procedure was very quick and the gentleman performing the procedure helped settle our nerves, he advised us not to travel in-case of any pain/discomfort – but with Zohra’s brother’s wedding in Zanzibar that advise fell on deaf ears. 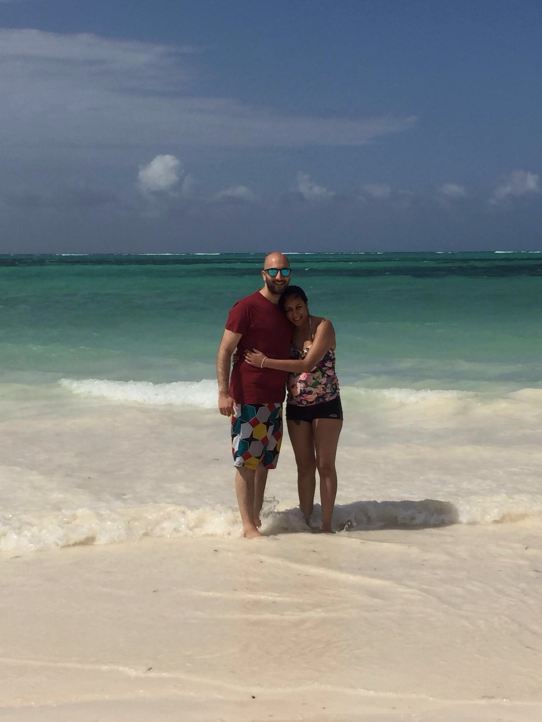 The first week of the holiday was weird, pretending to be happy but deep down worried sick about the results of the amniocentesis, but to this day I still think being in Zanzibar as opposed to moping around at home was the best decision we made as it kept us busy somewhat. The night before the wedding we received the text – what a night to get it and with the entire family around. Opening that message I was the most frightened I have ever been. Looking at my phone and seeing the word “Normal” by all the other random medical terms. What a relief! Not just for us but for the entire immediate family – what a difference a few weeks makes….

After coming back from Zanzibar, we had weekly scans to make sure everything was OK with our princess. At around the 36 week mark the doctor told us they wanted to induce labour when Zohra was 38 week’s pregnant because the placenta was wearing thin and along with the heart condition they felt this was the best option. I couldn’t believe it, the wait was nearly over!

We arrived at the hospital on the day of the induction; nervous and excited. We were shown to where Zohra would be staying…..this was actually happening but the wait was not over. Another week passed with the doctors trying to induce labour through sweeps and a couple of pessaries, my poor wife. I know it was selfish but that whole week I was thinking ‘thank god I am a man’.

The start of the second week saw some positive signs, with the doctor wanting to break Zohra’s waters so they moved us down to the birthing suite.  Now it was really happening…….we headed down to the delivery room and Zohra was placed on the hormone drip “here we go any hour now”. Zohra’s contractions were now starting and the midwife was helping us through it but every time the contractions were closer together the little one’s heart rate would rocket so the doctors would remove the drip and start the process again. So annoying (again, I know I am being selfish but I just wanted my daughter to be here)!

Finally, in the early morning of the 30th of October 2016 the doctors decided to perform a C-section. From this moment onward it was just a blur from being whisked into the operating theater, thrown some scrubs and sitting with my wife talking to her and the anesthetist about human bodies shaking (anything to distract Zohra). All of sudden there she was with all the doctors and nurses amazed by the full head of hair.

Still managed to “cut the cord” 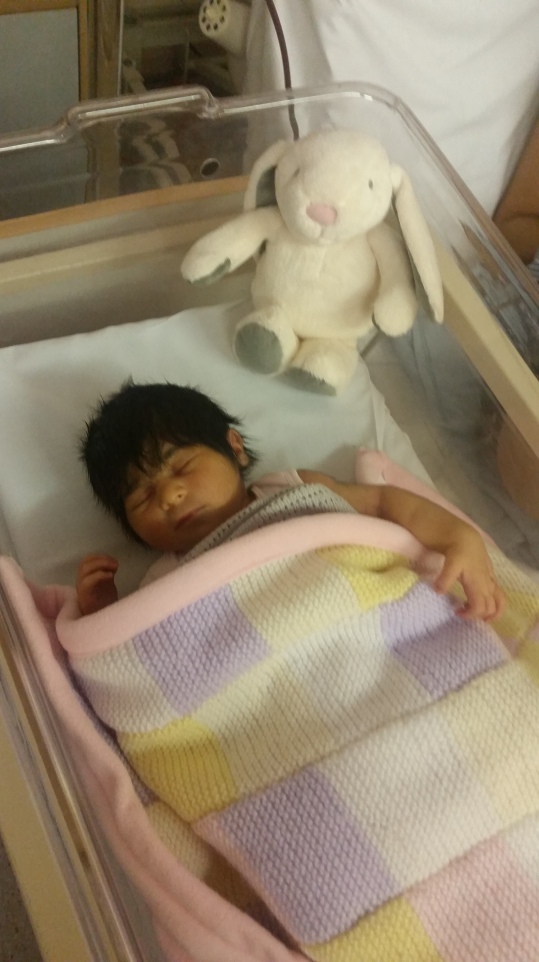 5 thoughts on “Life was about to change”